Do You Have To Register A Kayak In Michigan

People from different places around the world enjoy kayaking. Michigan is one of the places. But as Michigan state waterways commission has some pretty strict rules, there is an important question so many people ask, “Do you have to register a kayak in Michigan?”

The answer is, “no”. Even though the Michigan state waterways commission have set up some rules of registration and taxes for almost all other water vehicles other than some exceptions, kayaks and canoes are one of those exceptions. Even though the increasing number of paddle crafts in Michigan are creating some issues for a while.

So, you might have questions that, if a kayak does not need to be registered, then what are the rules that Michigan state waterways commission set up? What are the rules and which water vehicles are they for?

The thing is, pretty much every water vehicle needs to be registered except for the exempt. Let us see what does the exempt include:

Kayaking is one of the most practiced event by people from all over the world. People who love adventure find roaming around in this really lightweight and open water vehicle interesting. Another reason kayaking being popular is its low price. Students who love adventure will easily be able to by a good quality kayak. Even the maintenances take a lot less money as they are not run by fuel. As we can see, there are many reasons why kayaking got so much popularity among mass people. But also, for the same reasons so many people started kayaking here and there.

Michigan is a state with so many waterways spreading all across the state. There are so many places in that state which are worth kayaking. So it was pretty obvious that kayaking would get popular in Michigan. And this is the reason Michigan is not an exception. A numerous number of people started kayaking here. The number of kayak users increased so much that the number of kayaks soon exceeded the number of registered power boats. And that is when the Michigan state waterways commission recommended registration for all kayaks, canoes and other kinds of paddle crafts. Needless to say, the kayak owners weren’t so happy with decision.

Why registration was important?

There are so many places where kayaking is performed. Some of them want their water vehicles to be registered. But not all of the states require a registration for your paddle craft. Then why do you have to register a kayak in Michigan?

One of the main reasons is the increase in the number of paddle crafts. So many people bought kayaks and those kayaks started filling up parking spots reserved for registered boats. This was causing some miss managements. Again, these kayaks increased the amount of tax for nearly 1300 boat launching places on lakes, streams and rivers. Also, these new kayak owners went into water with their kayak without any protection and training. So, the calls for help also increased in the docks or beaches. These rescue works had their own costs too.

But the proposal of registering kayaks was not to limit people’s access to the rivers and streams. It was for making people conscious about the water safety laws of Michigan. These water safety laws were also becoming a responsibility of the Coast Guard of U.S. and the paddle craft organizations because of the number of accidents. The commission also wanted to increase kayaking site facilities and law enforcement for the kayakers. And to get this facility, the kayaks needs to be registered. But the kayak owners disagreed and keep arguing about the registration from the very beginning.

The reaction of the kayak owners.

The kayak owners normally were not ready to register their kayak and get a registration sticker for it. The reasons they gave were logical too. First of all, they already had to pay property taxes for their kayak. Also some of the people who live near the kayaking sites, had more than one kayak. Registering the kayak, having a registration sticker would be too much for them.

They wanted to see how and in which factors their money would be spent. The Michigan Legislature passed an allocation against the Michigan state waterways commission’s proposal of registration for kayaks. They were being requested to do something about this too.

The chairperson of The House Commission and Outdoor Recreation Committee announced that they have the rights in the Legislature to decide if they want to pay extra registration fees and taxes or not. She also said that they would not be giving registration fees for a kayak.

The Michigan state waterways commission did not want to go against them. The commission were also suggested to collect the money needed from somewhere else.

The kayak owners in Minnesota and Ohio has to register for their kayaks and give a registration fee of $20 once in three months. But the kayakers in Michigan did not even settle to this. They just did not want to register their kayaks at any cost.

The Michigan state waterways commission also tried to exempt the voluntary kayaks, canoes or any kind of water vessels engaged in non profitable work like rescuing, cleaning and safety training. But the kayak and canoe owners disagreed to have any kind of stickers in their water vehicles.

As we discussed earlier, the accidents that happened during kayaking were increasing day by day. The new kayakers barely have ideas about water safety rules. They just get into kayaks without having knowledge about water laws of Michigan. They do not even use any safety measures like using life jackets. As a result, they face accidents more than any other states of U.S.

Confirmed by the statistics of U.S coast guard, while kayaking or canoeing, nearly 152 people died all over the country only in 2016. In most of the kayak or paddle craft accidents, the victims die by drowning. In 2017, there were nearly 170 incidents like this reported.

This rescues mostly end with bad news. The rescues also require an amount of money to go on with their work properly. After all these, the kayakers disagreeing to pay registration fees is increasing the problems day by day.

Who are the sufferers in the long run?

The taxes the Michigan state used to get are already assigned to be used in different purposes. So, if the kayakers want the rescue works to be done by that taxes, it would not be possible.

Even though some of the kayak owners were okay with registering their kayaks and canoes, most of them were not strongly disagreeing with it. And as a result, we can see that there are no rules for the kayakers of Michigan to register their kayaks.

If the kayakers want highest safety facilities, knowledge about water law and enough kayaking sites, they need to be registered first for the record. The government won’t be able to just give away the facilities. They will need to do something about this too.

Even the suppliers of paddle crafts would suffer in a long run. If the canoe and kayak accidents keep increasing like this, soon the kayak suppliers would start to lose their market. Which will have a huge impact on the boating and kayaking society.

The kayakers of Michigan would have to know that registering their kayaks would be for their own safety. They would be deprived of advanced facilities if they keep disagreeing to register.

Even though kayaking is just a hobby, it has become serious nowadays. Because so many people including the young ones are getting interested in kayaking. They are getting in troubles too. As a result, we can see the kayaking accidents increasing every year. If this keeps going like this, Michigan is soon to face some big lose.

So why do you have to register a kayak in Michigan should not be the question anymore. Instead, the kayak owners of Michigan should be more aware of the loses they will face in future. 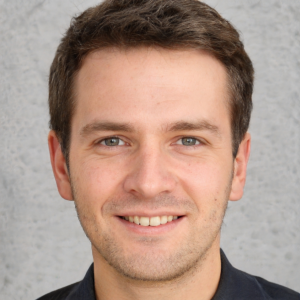